Visual/Spatial intelligence (see Graphic 12c) deals with such things as the visual arts (including painting, drawing, and sculpture); navigation, map-making, and architecture (which involve the use of space and knowing how to get around in it); and games such as chess (which require the ability to visualize objects from different perspectives and angles). The key sensory base of this intelligence is the sense of sight, but also the ability to form images and pictures in the mind. Our childhood daydreaming, when we pretended we could fly or that we were magical beings, or maybe that we were heroes/heroines in fabulous adventure stories, used this intelligence to the hilt. 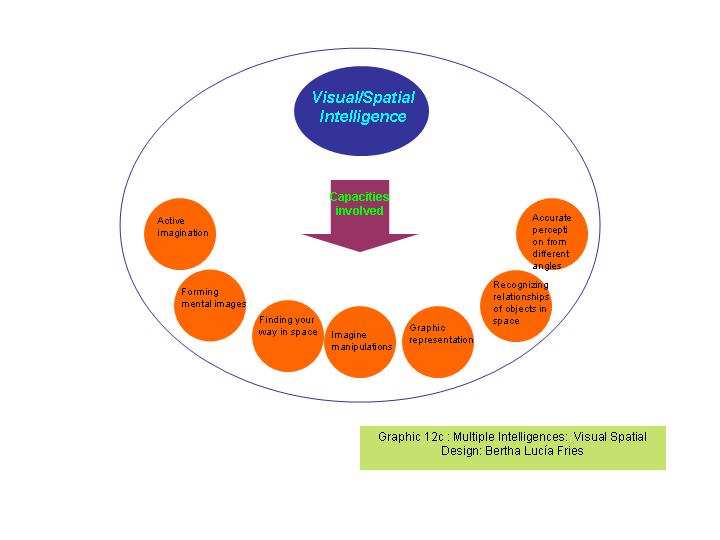 To catalyze your visual/spatial intelligence:

To strengthen this intelligence: